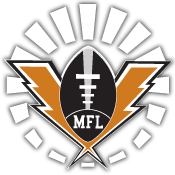 Visit this page for the latest information on the development of the Majestic Football League.

By Gary A. Johnson, Founder/Publisher – Black Men In America.com

Move over and get out the way!  The new Majestic Football League (MFL) is changing the game of semi-professional football.  The league seeks to be the premiere semi-pro football league in the United States. The MFL targets existing semi-pro teams that give young men with the passion for the sport an opportunity to play in a “league designed for the player…not the league.”

Folks, I’m here to tell you that the MFL is a first-class operation from the Commissioner on down to the Executive Team.  This league is re-framing how you treat players and as a result the MFL will be the semi-pro football league that everyone wants to play in.

What’s So Special About The MFL?

The MFL believes your life is God’s gift to you.  How you use it is making it a gift to God.  The MFL is about service.  The league is rooted in biblical principles and is proud of it.  However, the league is also about handling their business and doing so in a respectful and first-class manner.  The league has a tremendous foundation.  They are about building and further developing young men and preparing them for life outside of football so when their career on the field comes to an end they will have the tools and resources to achieve their goals and realize their dreams.

The league plans to implement (32) teams (50) players per team, 4 divisions, (North, South, East, West) 8 teams per division, (320) games, 4 fields stretching from Richmond, Washington Metro Area, Southern and Northern Maryland, Baltimore, Delmarva, Salisbury and Hagerstown. Games will be played on Saturdays from 9am-9pm, starting in June and ending in September. [Schedule subject to change due to area]. The MFL will have its own website, newsletter and programs with information on players, teams, sponsors, game highlights and statistics.

The MFL is owned and operated by RuffLee Management Group, LLP. RuffLee started in 1988 under the leadership of Walter “WB” Bowling, II, whose passion for the game of football and entertainment moved in big ways. In 1996, WB hosted and sponsored the reunion that sparked the major motion picture, “Remember the Titans.”  Today, WB is the League Commissioner of The Majestic Semi-Pro Football League. The Commissioner and the Majestic Football League Staff

Click here for more information on the Majestic Football League

Click here to visit the MFL page on Black Men In America.com and get the latest news and information on the league