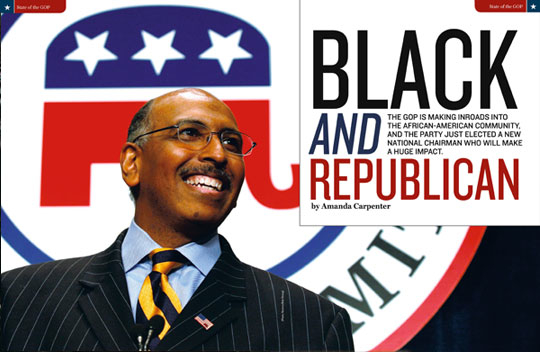 Those who have followed my writings know that I have been and will continue to be very critical of my Republican Party over the lack of real engagement with the Black community.

I am now beginning to question whether there is room for Blacks in this Republican Party. The recently ended Republican primary tells me the answer is “no,” but when party leaders are questioned about it, the answer is always “yes.”

Republicans will counter that Blacks are an insignificant part of primary voters (about 2 percent), which is factually true, but that should not prevent the hiring of Black staffers, advisors, or consultants during this process.

Implicit in this bogus argument is that Blacks should only be hired to engage with the Black community. I totally reject this approach. As a matter of fact, if a campaign has a limited budget, they are better served by hiring a Black staffer over a White staffer.

Most whites could not navigate the Black community effectively since most have absolutely no relationship within the community. So, by hiring a Black staffer, you get a two-fer. I find this an extremely compelling reason to hire a Black staffer.

To my utter and total dismay, every Republican presidential campaign other than one gets a failing grade on the issue of Black staffers.

You never hear the few Black Republicans who have a media platform talk about the lack of Black staffers within every level of the Republican Party. They are too caught up waiting for the proverbial pat on the head from their overseers.

You rarely, if ever, see them take a principled stand against the party when it comes to the invisible Black man.

You see them on CNN mouthing all the words they are told to speak and not bringing light to a party that is lurking in the dark.

Did we really need an autopsy report after the 2012 election to tell us what needed to be done to diversity our party? This was a cheap political stunt to give the party cover, because they didn’t really want to address the reality starring them in the face.

In typical Republican fashion, they appointed two minorities, one Black and one Hispanic, as co-chairs (the other three being Whites) of the committee. Then they had a White as the national face of the report who did most of the media interviews after the report was released.

This little fact is exhibit “A” in how Republicans just don’t get it. Why would they not have the Black and Hispanic as the face of the report to engage with the media? Duh!

Even when they try to do the right thing, they do it the wrong way.

Trump has substantively talked about the Black community more than the sum total of the 16 candidates he defeated. Yes, you heard me correctly.

Trump’s national spokesperson, Katrina Pierson, is all over TV speaking on behalf of the campaign. The visual of a Black female being the face of a presidential campaign is unprecedented and very powerful. Neurosurgeon and former presidential candidate, Dr. Ben Carson, is leading Trump’s vice presidential search; I can’t recall a Black ever serving in this position for any other Republican nominee.

The Republican Party has no Blacks that ever speak for the various entities listed above, so please don’t get mad when the Democrats label our party as racist; visually and optically, we are; on policy, not so much.

Democrats and Republicans are trying to brand Trump as racist, sexist, and a xenophobe. If these claims are true, I hope he continues to live up to those characterizations; because if he does, he will be sworn in as the 45th president of these United States.

If you don’t believe what I am saying, maybe you will believe one of Trump’s long-time employees, Lynne Patton. This video says it all. Raynard Jackson is founder and chairman of Black Americans for a Better Future (BAFBF), a federally registered 527 Super PAC established to get more Blacks involved in the Republican Party. BAFBF focuses on the Black entrepreneur. For more information about BAFBF, visit www.bafbf.org. 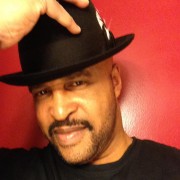 Masculine Energy of the Alpha Transformed = M.E.A.T. Solid as a Rock!

By Black Men In America.com2 days ago0

By Black Men In America.com7 days ago0

Race, Class and Privilege and the NFL’s Unresolved Issues by Barrington M. Salmon

How Do Black People Spend Their Money? (The Racial Wealth Gap)

Most Americans Have Less Than $1,000 in Savings

Why Is The Suicide Rate So High For Men In Their Golden Years?

Is Jackson-Lee on Fools’ Errand or Key to Blacks’ Legislative Success?