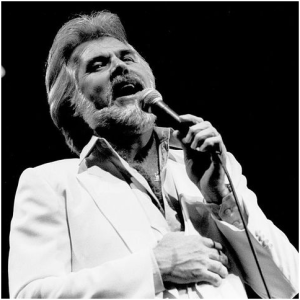 I remember my favorite Harlem Globetrotter and my favorite country music singer, Curly Neal and Kenny Rogers were performing in almost the same zip code on the same day in April 1988. The Globetrotters were performing in Baltimore that afternoon and Kenny Rogers would be in concert 35 miles south later that night at the Capitol Centre in Landover, Maryland.

Curly and I had talked several days before his arrival in the area and he wanted to know if I was coming to Baltimore for the game and how many tickets would I need?  I explained to him Kenny Rogers was in town performing that night at the Capitol Centre.  Hattie and I had made plans to attend.  We were big country music fans and Kenny was one of our favorites.  Curly asked if I had I purchased my tickets yet, and I said , “No” .  His response was, ‘Kenny is my man, don’t do anything until you hear from me’!

Curly got back to me the next morning saying,  “I got us tickets to the Kenny Rogers show,  our game in Baltimore starts at 1:00 pm and the concert in Landover is at 8:00 pm.  I will meet you and Hattie at the box office around 7:30 pm.”

Coronavirus Updates Including Cleaning and Disinfecting Your Home

By Black Men In America.com3 hours ago0

“Speak The Truth” Talks NBA: Whose The Greatest NBA Player of All Time?

CIAA AND THE SPIRIT OF BIG HOUSE RETURN TO BALTIMORE!

Making A Difference Running Against The Wind (Media) by Harold Bell

The Lifeline of the Sport of Boxing by Ron Harris

Donovan Mitchell Refuses to “Shut Up and Dribble” by Harold Bell