By Gary A. Johnson, Black Men In America.com Staff

I was in the check-out line in the grocery store today.  Let me set the scene.  Friday evening during the 5:00 pm hour.  In my view, there were not enough Cashier’s so the lines were long.  There was a young black woman in front of me with an infant baby and a full cart of groceries.  (I can hear some of you yelling at me now:  “C’mon Gary, what does their race have to do with anything?  You always see things through a racial prism).  That is correct.  Read the entire story and then decide if you want to put me on blast).

The check out process was slowed because the young woman was using a several vouchers.  The Cashier had to stop periodically and process the vouchers one at a time after scanning certain items.  Some of the scanned items had to be removed because they could not be purchased with a particular voucher.  At one point our line did not move for minutes because of this voucher activity.  There were two middle age black women behind me who were pissed!   They starting making comments that could be heard by anyone within a 25-foot radius. This is some of what I heard from the two women in line behind me:  “What the hell is the hold up?”  “Looks like she got some vouchers.”  “Damn, how long is it going to take to process this welfare queen?”  “You see that purse?  “That doesn’t look like welfare to me.”  “I wonder how many more kids she has at home.”  “I bet she’s driving a nice car.”  “Those people are always gaming the system.”

Wow!  I ignored the first couple of statements hoping they ladies would either stop talking or at least lower their voice.  That didn’t happen.  I was trying to figure out a way to add some calm to this situation without causing an incident.  The last thing I needed on a Friday afternoon was a scuffle in the grocery store with three women over welfare.

The young woman heard the comments.  She appeared to be upset that she could not get the Cashier to process the vouchers faster.  The cashier had to scan the items and then insert the voucher into a machine and then the woman had to sign her name on the back of the voucher.  None of this was electronic.   This process was repeated five times.  At one point the young woman turned to me and said, “I’m sorry.”  I smiled and replied loudly, “Handle your business young lady, I’m not in a hurry.”  I stared at the baby and was reminded that I have a granddaughter around the same age.  That’s when I decided to strike up a conversation with the woman.  I asked if that was her daughter.  She replied, “Yes,” (with pride).  I told her that her daughter was a “cutie pie” and very well-behaved.  That young woman is somebody’s daughter or granddaughter.  She’s someone who matters to someone.

Many people feel ashamed and scrutinized because of the myths and stereotypes that exist about people on welfare.  Need-based assistance in the U.S. — such as Women, Infants and Children (WIC), the Supplemental Nutrition Assistance Program (SNAP, or food stamps) and Temporary Assistance for Needy Families (TANF) — is often subject to public scrutiny, causing those who receive it to feel shame.  These stereotypes are so strong and have been around for so long that even black people have bought into them.  These statements are not based on the facts.

Last year Gene Alday, a Republican member of the Mississippi state legislature, apologized for telling a reporter that all the African-Americans in his hometown of Walls, Mississippi, are unemployed and on food stamps.  “I come from a town where all the blacks are getting food stamps and what I call ‘welfare crazy checks,'” Alday said to a reporter for The Clarion-Ledger, a Mississippi newspaper. “They don’t work.”

Let’s look at the data and analyze the FACTS.

Nationally, most of the people who receive benefits from the Supplemental Nutrition Assistance Program are white.  According to 2013 data from the U.S. Department of Agriculture, which administers the program, 40.2 percent of SNAP recipients are white, 25.7 percent are black, 10.3 percent are Hispanic, 2.1 percent are Asian and 1.2 percent are Native American.

The SNAP program is one of the nation’s largest welfare programs. The U.S. Department of Agriculture (USDA) recently reported that the program has gone from 17 million recipients in 2000 to almost 47 million last year.  Earlier this year, it was reported that one in five children in the U.S. now relies on food stamps for at least some meals each day.

About 7 months ago, more than 30 people were arrested for food stamp fraud in the North Country of Brushton, NY.  All of the people arrested were white.  Investigators reported that people used their food stamps to get food or alcohol at the Old Time Butcher Block store in Brushton.

Let me highlight what I believe are several common myths about welfare recipients and introduce some facts and data that I think will help us all gain a better understanding of the program.

Myth #1: Welfare recipients are often characterized as lazy, simply waiting for the next month’s benefits.

Fact:  73% of people receiving public benefits are members of working families.  Even though welfare recipients are in the labor force, they aren’t earning enough money to support a family and provide food for their children and pay bills, such as rent and utilities.

Fact: 40% of SNAP recipients are white, making white people the largest racial group on food stamps.  When it comes to TANF recipients, approximately 30% are white, 30% are Latino and 30% are black, with several other racial groups making up the remaining 10% of recipients.

Fact: Undocumented populations are ineligible for all welfare programs, except emergency medical care.  “It’s illegal to afford public benefits of the TANF or food stamp variety to undocumented immigrants … who have not been in this country for a situated amount of time as legal residents.  For example, food stamps are only available to immigrants with legal status who have lived in the country for five years, are receiving disability-related assistance or are under 18 years old.  Some programs also allow states to make their own guidelines for immigrant populations, leading to disparities in assistance from state to state.

Myth #4:  People are getting rich off of welfare.

Fact: No one is getting rich off of welfare.  Welfare benefits are modest.  The average benefit of the SNAP program, formerly known as Food Stamps is $1.50 per meal.  Can you adequately feed yourself on that small amount of money?  Similar to SNAP, most other government assistance programs seek to provide only the barest minimum amount of help that an individual or family needs to survive.

Fact: Government assistance is extremely effective at helping people get out of—and stay out of—poverty.  In 2013, food stamps helped lessen the burden of poverty for 4.8 million people.

Many people fall on hard times and receive welfare benefits until their situation improves.  Some of those people are decorated war veterans, educators and hard working people who don’t earn enough money to support their families.  Government assistance in the form of childcare resources have helped a single mother or father keep their family together during an illness.  None of us knows when life will throw us a pitch that we can’t hit and we may need help from the government.  Any one of us may need to rely on welfare at some point in our lives.  Some people on welfare are hard-working and talented people who fell on hard times through no fault of their own. Realizing this is just one important step to building empathy and understanding for those who are less fortunate than us.  I am blessed beyond measure.  I am thankful for those blessings and do not take them for granted.  The reality is that there are millions of people who truly need these government programs to help them get back on their feet.  And you never know—someday, we might be one of “those people.” 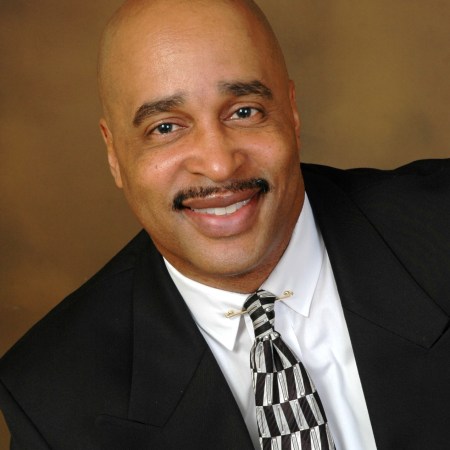 Looking Back at the Legend of Sam Cooke

John Lewis Never Played The Game But He Was Still A Team Player!

Why Our Children Hate Us: How Black Adults Betray Black Children

Dianne Floyd Sutton aka Lady Di Practices What She Preaches