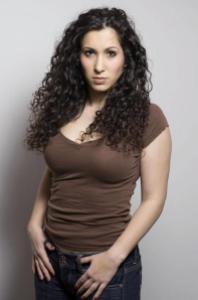 By Gary A. Johnson

There’s been a lot of talk among social media the last few days about the Public Service Announcement (PSA) video featuring 24-year old actor Shoshana B. Roberts, who worked with Rob Bliss, a Washington Times Columnist, Director, and a professional speaker.  Bliss runs his own agency that specializes in viral videos connected to current topics, trends and events.

Bliss partnered with Hollaback!, an organization that wants to call attention to street harassment and intimidation, including “catcalls” directed at women.  In the video, Roberts was secretly recorded walking 10 hours through parts of New York City.

Roberts was not dressed provocatively.  In fact, she wore a T-shirt and jeans.  The video is supposed to remind viewers that many men don’t think about the consequences of invading the space of women and intimidating them by yelling, hollering, complimenting and in some cases, following them.

I don’t doubt for one second that this is the experience of many, if not all woman at some point in their lives.  The video sparks a conversation about when does one cross the line.  When you watch this video the “compliments” appear to be unwanted.

When does giving a woman a compliment cross the line into harassment?  Harassment is against the law.

Often times, “how” things are said, can be just as offensive as what was said.  You can also make an argument that not all women would have found some of the comments in the video to be unwanted or offensive.  However, many of the women that I know talk about the cumulative affect of men just hollering at them and how that behavior ranges from annoying to unwanted to offensive.  Further, many of the women that I know report that some men don’t know when to STOP, even if you acknowledge them with a polite nod, “thank you” or smile.

The video notes that 100+ instances of verbal street harassment took place within 10 hours, involving people of all backgrounds.   Most of the men shown following, harassing and yelling at Roberts are Black and Latino.  Did Roberts only walk through areas heavily populated by Blacks and Latinos?  The video, which is less than 2:00 minutes long, clearly makes the point about women being harassed.

The video was viewed more than 15 million times in the first three days.  What was left on the cutting room floor?  Who decided what would be seen by the public?  When viewed through a racial prism the video shows a young white woman walking through New York City being harassed mostly by Black and Latino men.

Where were the white guys?  Did they not holla or say anything?

Several media outlets have questioned the video’s racial portrayal.  Last week, Bliss issued the following statement via a blog post that was later deleted.  “We got a fair amount of white guys, but for whatever reason, a lot of what they said was in passing, or off camera.”

Hollaback! also issued a statement about the video.  Part of the statement read:  “First, we regret the unintended racial bias in the editing of the video that over represents men of color. Although we appreciate Rob’s support, we are committed to showing the complete picture. It is our hope and intention that this video will be the start of a series to demonstrate that the type of harassment we’re concerned about is directed toward women of all races and ethnicities and conducted by an equally diverse population of men.  Hollaback! understands that harassment is a broad problem perpetuated by a diversity of individuals regardless of race. There is no one profile for a harasser and harassment comes in many different forms.”

In a telephone interview with The Washington Post, Shoshana Roberts said:  “We walked in a lot of neighborhoods. We’d hop on the subway, head to another neighborhood.  Midtown, Soho, Harlem, Brooklyn Bridge, South Ferry area. We went just a tad into Queens.  The two-minute video couldn’t show all that we did. There was a lot of ground we covered.”

I don’t think there was any sinister racial motives on the part of anyone making of this video.  The video clearly makes the case about the problem of street harassment.  As a result of the video, a secondary conversation about race is also taking place and that’s a good thing.  One of the unintended consequences of the video is that we all have “blind spots.”  The “blind spot” in this case was the racial imbalance of the men portrayed in the video.  Things like this happen at an unconscious level.  Just because it happened doesn’t mean that the video is less effective or that the people who made the video are bad people–they’re not.

In case you haven’t seen the video, click here.  The following 2 videos, crude as they may be show the other point of view and perhaps calling into question, that much of the behavior directed toward Shoshana does not cross the line and constitute harassment.

So what can we learn about sexual harassment and racial bias as a result of this video?  Are there any additional lessons to be learned?

Are We More Accepting Of Obesity In The Black Community?