Since 1979, the United States has set aside the month of June to appreciate the musical contributions of its African-American musicians, composers, singers, and songwriters.

Inspired to celebrate an enduring art form, Kenny Gamble, Ed Wright, and Dyana Williams pursued creating Black Music Month. Their efforts were backed up by generations of artists whose talents and skill built a foundation of musical ingenuity in America.

Kenneth Gamble and Leon A. Huff are an American songwriting and production team credited for developing the Philadelphia soul music genre (also known as Philly sound) of the 1970s. In addition to forming their own label, Philadelphia International Records, Gamble and Huff have written and produced 175 gold and platinum records, earning them an induction into the Rock and Roll Hall of Fame.

You can learn more about Gamble and Huff by clicking here to visit their official website.

The Godfather of Soul

Michael Jackson reunites with his brothers, The Jacksons (Live In Concert)

With this song, Lenny Williams gives one of the most soulful performances ever. 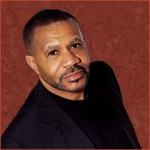 Lessons My Father Taught Me by Barrington Salmon

The Death of Tyre Nichols, The Memphis Police, and the Silence of the FOP

MasterClass Interview with the King of PR Angelo Ellerbee

Let Him Rise by Mike Ramey

Entertainment: A Danté Production – The Year In Review and What To Expect In 2023

Legacy Series: 12 Things The Negro Must Do For Himself by Nannie Helen Burroughs

The Legacy Series: Ten Things You Need to Know Before You File an EEO Complaint

The Legacy Series: 10 Things All Young Black Men Should Know

We Have More In Common, Than We Do Differences (Videos featuring President Obama, Springsteen, Jay-Z, Pharrell)

✕
Login/Sign up
Manage Cookie Consent
To provide the best experiences, we use technologies like cookies to store and/or access device information. Consenting to these technologies will allow us to process data such as browsing behavior or unique IDs on this site. Not consenting or withdrawing consent, may adversely affect certain features and functions.
Manage options Manage services Manage vendors Read more about these purposes
View preferences
{title} {title} {title}
Loading Comments...
%d bloggers like this: